of law essays and teddy bears

Coming to the end of writing my Church Law essay - the last essay I will have to do for my training requirements.  Sitting, sighing, and trying to stick with the task at hand, my beloved Dad emails a bunch of jokes.
I think my particular favourite out of the lot was this 'groaner'  :D

A teddy bear is working on a building site. He goes for a tea break and when he returns he notices his pick has been stolen. The bear is angry and reports the theft to the foreman. The foreman grins at the bear and says "Oh, I forgot to tell you, today's the day the teddy bears have their pick nicked."

Thanks for cheering me up Dad, lol!
Aaaaand back to the essay! :)

Ahhh and a brilliant postscript courtesy of friend Amy...
this must be the best blogpost I think I have ever read - I am still crying with laughter:
praise the Lord for giant chickens
Posted by Nik at 23:49 No comments:
Labels: church of scotland, humour 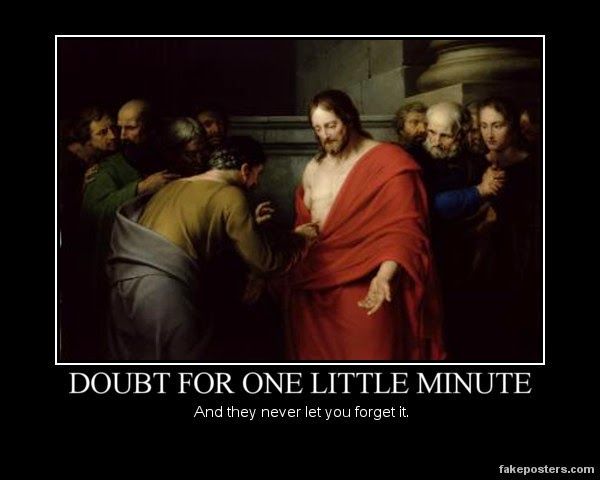 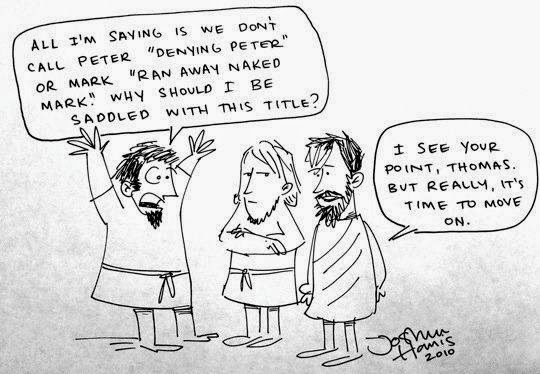 Poor Thomas.
Much-maligned Thomas.
Doubt for one little minute and they
never
let
you
forget.
Poor Thomas: forever typecast as the one who really just doesn't cut the mustard when it comes to faith.
Thomas: the one you're told *not* to be like -
in Sunday School,
or youth group,
or even from the pulpit:
'don't be a doubter, like Thomas!'
Poor, poor Thomas:
here's a man who's gone through nigh-on 2 000 years of suffering from a persistent image problem.
It's high time we rescued Thomas, the disciple who draws the short straw, who gets a raw deal, because let's be blunt: he was not the only follower of Jesus who doubted on that Resurrection day.

According to the Gospel of Luke, when Mary Mag returns from the garden after her meeting with the resurrected Jesus the disciples dismiss the news as 'nonsense'.  They hunker down in the upper room, lying low, with the doors firmly locked in a room stinking of fear.
But the locked doors are not impenetrable: they 'cannot keep out God's grace...neither the doors nor fear can prevent the risen Christ's coming to his disciples.  They may be able to lock others out, but they cannot lock him out.' [Feasting on the Word, yr A, Vol. 2, 399]
There, in that fear-filled room, Jesus stands among them bringing words of peace, embodying resurrection's promise.  They see his pierced hands, his side, and immediately upon seeing, are filled with joy.
Now, now, they believe...after they've seen.
Not unlike Thomas....
It is not unreasonable, then, that Thomas wants to see Jesus, after all, the rest of them have.
I think the silence regarding the reaction of the disciples is telling:
no laughter,
no mocking,
no exasperation,
no judgement...
just silence.
It appears that over the course of history, the judgement on Thomas as a 'doubter' has been left for others to make.

But what is it they believe, I wonder, these 10 out of 11 disciples?
For having seen the risen Lord, a whole week later, there they are, still hunkered down in that room, with the doors still firmly locked...
These guys are not in a hurry to go anywhere, even though Jesus had indicated that as the Father had sent him, so he was sending them out into the world.

Again Jesus appears.
Again, he offers words of peace.
And then, he turns to Thomas, and gives to him what has already been given to the others:
Thomas sees, is invited to look, to feel the nail marks, the wounded side.
But unlike the rest of the disciples, Thomas sees beyond the physical.
He sees with the eyes of faith.
Unlike the rest of the disciples, Thomas gets it.
This is something different, something other.
Is he perhaps remembering a conversation from the past - this in John 14 - 'now you have known me, you will know my Father also, and from now on you do know him and you have seen him'?

In front of our eyes, as we read the text, we see Thomas have a kind of 'aha!' moment.
And it causes him to utter that great statement of faith that the other disciples have not yet made - because they've not yet clicked:
'my Lord... and my God!'
While for centuries Thomas has been called out for not having enough faith because he 'needed' to see Jesus, I wonder...in the end, is it Thomas out of all of those gathered, who has the greatest faith?
While he does indeed see Jesus with his own eyes, he also sees with his mind, his heart, his faith:
to see Jesus...is to see God.
To say 'my Lord and my God' is not just a statement of faith, it is an expression of worship.

Perhaps it is less a case of Thomas doubting, and more a case of us doubting Thomas... 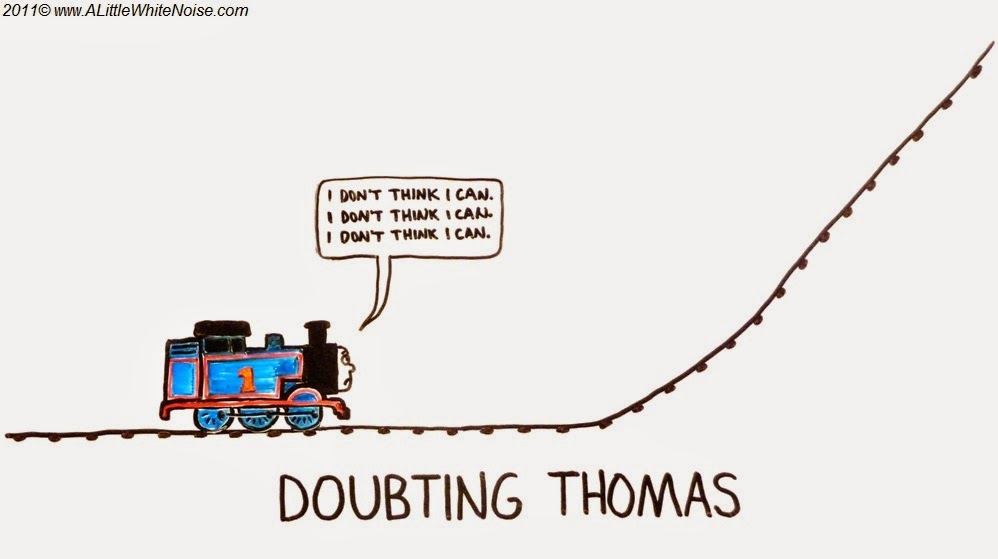 For Jase: 'and now I live, and now my life is done'

Holy Week is not meant to be all light and fluffy.
This, I know.
It is harder this year.
Monday saw me saying that most final of goodbyes to someone who,over the last 6 years, had moved into the 'jolly good pal' category.
It is a small group, and now, even smaller.
Latterly, as we meandered our way through very different PhD's, Jase was always there with a droll remark, an encouraging comment, or occasionally, a 'get on with it woman!'
His humour could make me snort my tea in a most unseemly manner.
He had the keenest mind I've ever encountered, was an avid Whovian, a lover of 'weird French stuff' [existential French theology], a generous spirit, and underneath a woolly-jumpered exterior, an unfailingly kind man.
Jase was an inspired giver of gifts: amongst many treasures [occasionally Knoxian], I rejoice not only in being the proud possessor of possibly the world's largest teapot [16 mugs or 20 cups...'great for the kirk session'], but also a Cthulhu mobile phone case...
He was one of the good guys, and the greatest gift, was of course, his friendship.
Right to the last, his courage and humour and kindness remained.
Having managed, through heroic efforts to finish his doctorate and graduate last July, he died just before his book was about to be published.
I shall miss him, and echoing the sentiments of another close pal 'I feel robbed.'
Too soon. 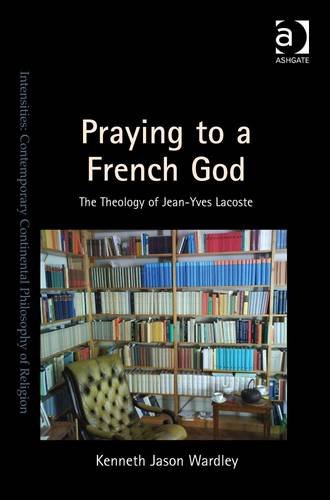 I'm minded of a poem written by another one whose life was also cut too short, although in vastly different circumstances.  The poem was written on 19 September 1586 by Chidiock Tichborne on the eve of his execution for treason - he was involved in the Babington Plot to assassinate Elizabeth.
However, while Jase could think the occasional dire thought, an assassin he was not!  Nevertheless, regardless of circumstance, the poem just seemed oddly fitting...


Tychbornes Elegie:
My prime of youth is but a frost of cares,

I sought my death, and found it in my wombe,
I lookt for life, and saw it was a shade:
I trod the earth, and knew it was my Tombe,
And now I die, and now I was but made.
My glass is full, and now my glasse is runne,
And now I live, and now my life is done.
Posted by Nik at 00:56 No comments:
Labels: #amwriting, academia, church year - lent holyweek easter, theological/philsophical misc

the sacred in the ordinary...or: normality is under-rated Today was a gift, involving a couple of friends, and assorted children.  Life has been hectic of late; routines have disappeared in the busyness.  Within both parish and the personal, lately death has felt like a persistent companion.  In the midst of it all, I'd somehow forgotten the wholesome, life-giving sacredness of the ordinary.
In conversations over cups of tea, shared meals, chats about spiders and Robert the Bruce and school holidays - along with the music of Phineas and Ferb and generous helpings of smiles and laughter - my soul was somehow restored.  The sacred ordinariness of life is a wonderful thing; time enough to be extraordinary at some other point.
Am very much giving thanks for the gift of friends today.