What a mate we have in Jesus... 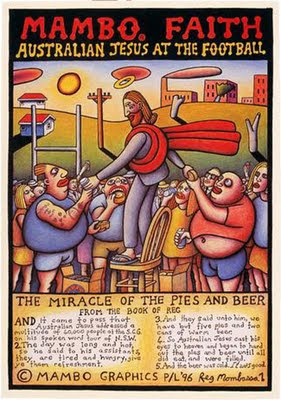 Found this 'Aussieised' hymn, below, a wee while back, and had totally forgotten about it.
Its simple beauty demonstrates the impact that carefully chosen words can have when working in cross-cultural contexts:

The miracle of the pies and beer ain't so bad either :)

down home on the farm 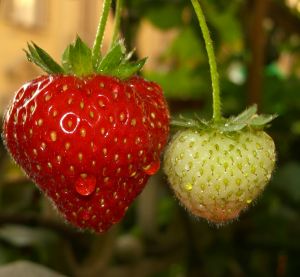 In amidst deadlines, writing reports, hanging out with the deceased Archbishop Forman of St Andrews [c.1465-1521], and lots of wind and rain more reminiscent of winter than late spring/ summer, I have been trying to encourage various plants to grow.
They've certainly been up against it so far this year.
The small greenhouse was blown down and contents scattered everywhere during the mini-cyclone that was the 23rd May.  Rescuing and replanting commenced.
After one gloriously hot day, which was probably the day we had summer for this year, the temp. dropped enough for said planties to shiver to their roots...
and when not freezing, the rain has been doing its level best to drown them.  But they will not give up - I'm impressed with their tenacity.
And this morning, I harvested my very first strawberry and ate it there and then - and it was gooooood!
I am officially a farmer :D
Posted by Nik at 16:39 1 comment:
Labels: creation 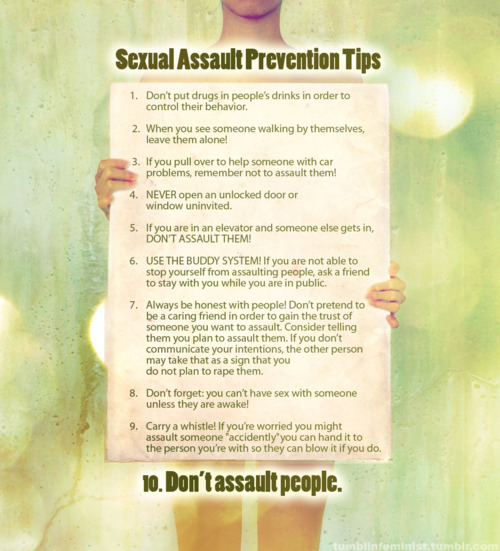 It's gone viral:
'it' is the reaction to the rather unfortunate and ill-advised remarks of a Canadian police officer to a group of female students concerning personal security on campus - 'don't dress like sluts'.  His comments have provoked a series of protest walks in various cities around the world, including our own staid and demure Edinburgh.

The so-called 'slut walks' are aimed at not only reclaiming the word 'slut', but to remind society that the responsibility for being raped should not be thrown back on the victim, but rather on to the perpetrator.
'I couldn't help myself',
'she was asking for it in that outfit/ being out at that time of night/ being in that kind of place.'
Er, wrong.
Nobody actually asks to be raped.
Surely it's high time we as a society got beyond that ludicrous nonsense?
It both perpetuates the women as 'virgin/whore' stereotype and also does an utter disservice to all men by insinuating that they are immature cavemen unable to take responsibility for themselves.

Simply put: rape will stop when those who think that rape is acceptable no longer think it is; who take responsibility for their actions by deciding not to act on impulse.
It won't stop by perpetuating misinformed caricatures of women, by blaming those who are the victims, by creating a psychological atmosphere which virtually imprisons them within their homes - neither to be seen or heard.

We've come a long way from the early feminist fights for equal rights.  How far really, however?
There is something incredibly bizarre, something utterly wrong with a system, when a victim of an attack is subsequently victimised by the system and not the attacker re. their behaviour.
There is something rather obscene about this second stage institutional rape that happens to too many who are brave enough to actually report the crime.  Until it is deemed both unacceptable and reprehensible for defence lawyers to use the 'she was wearing that outfit/ she was walking alone at night/ let's examine her past sexual history', I suggest that we haven't moved too far at all...
Posted by Nik at 22:01 1 comment:
Labels: peace justice and politics 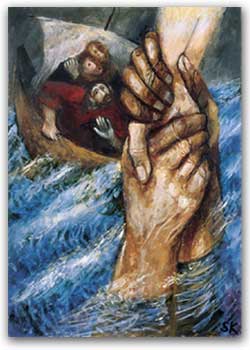 Matthew 14: 22-33
Immediately he made the disciples get into the boat and go on ahead to the other side, while he dismissed the crowds. And after he had dismissed the crowds, he went up the mountain by himself to pray. When evening came, he was there alone, but by this time the boat, battered by the waves, was far from the land, for the wind was against them. And early in the morning he came walking towards them on the lake. But when the disciples saw him walking on the lake, they were terrified, saying, ‘It is a ghost!’ And they cried out in fear. But immediately Jesus spoke to them and said, ‘Take heart, it is I; do not be afraid.’  Peter answered him, ‘Lord, if it is you, command me to come to you on the water.’ He said, ‘Come.’ So Peter got out of the boat, started walking on the water, and came towards Jesus. But when he noticed the strong wind, he became frightened, and beginning to sink, he cried out, ‘Lord, save me!’ Jesus immediately reached out his hand and caught him, saying to him, ‘You of little faith, why did you doubt?’ When they got into the boat, the wind ceased. And those in the boat worshipped him, saying, ‘Truly you are the Son of God.’

I've recently been thinking about different people I know of, in various difficult places of pain.  Thinking a bit about bereavement contexts and that we live in a culture that is not good at coping with death, let alone other kinds of loss.  Sometimes it is though the only time there's permission to talk about loss is within the confines of the death of a loved one... and that after about a month, really, one needs to get on with their lives.  Our instant, microwave society wants to move on, or tries to move too quickly through the 'seen it, done it, bought the t-shirt' processes.  And by doing so, dismisses and diminishes the pain of loss unhelpfully.

Beyond physical death there is also the death of a dream, a hoped-for different future; loss of job - redundancy or retirement spring to mind - and sometimes with that, a sense of identity loss; or friends and family moving away or the end of a particular relationship.  But always, the demands of a society that presses us to keep moving, to run across the water for fear of sinking.  Are we, as a society, so terrified of the thoughts and feelings that might emerge if we dare to stop, be still, take time, and...be?  Are we terrified to encounter all the 'stuff' pushed down into the depths and covered over with noise, busyness, the endless distraction of doing?  And if so, why?  I suspect that no amount of shoving things to the bottom of the pile will prevent them coming to the surface in some form or other.  And perhaps the more we are urged to keep running for fear of sinking, the more likely it is that we will end up not waving, but drowning.

When the overwhelming stuff of life happens, as it does, I've found that the picture above has been a huge help to me.  In a space when words are impossible, the picture is, for me, a solid reminder that although 'stuff' happens, we don't go through it alone... that when the water seems to be closing in over our heads and we flap around frantically, the strong arm of the Lord is there - even though we might not feel it is.
And so, I post this pic. today as I think of different friends... as a prayer and as a visual reminder that no matter how dark or deep, there is one who journeys alongside, whispering 'take heart, it is I; do not be afraid.'

Posted by Nik at 13:31 No comments:
Labels: bible GOSPELS, prayer/spirituality/journey

Happy birthday Church!
May the Spirit inspire us to understand that God's love is beyond our wildest imaginings;
that we are beautifully and wondrously made;
that the great love of God is revealed in the Son and every barrier has been broken.
May the Spirit break down the fences we build and widen our horizons -
that we become dreamers of dreams and hope-filled visionaries...
that we live our lives in openness, humility, and love.  Amen.

And in a change of tone... stumbled across this very, very, hilarious terribly dramatic video reading of the Pentecost story.  Enjoy... :)

The High Creator, the Unbegotten Ancient of Days,
was without origin of beginning, limitless.
He is and He will be for endless ages of ages,
with whom he is the only-begotten Christ,
and the Holy Spirit,
co-eternal in the everlasting glory of divinity.
We do not confess three gods, but say one God,
saving our faith in three most glorious persons.