Poems of the heart: Love's a wizard 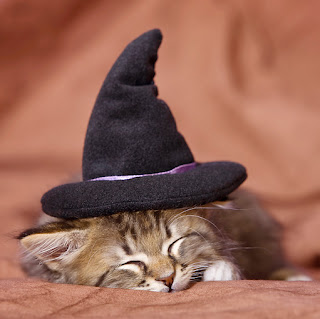 Because when the world feels like it's going up in flames,
coping mechanisms kick in, such as rustling up doggerel...
I feel the need for a little nonsense pause,
before heading once more to the breach, my friends.

He flourished flowers on demand,
a winning start for any man
and with some charm and with that smile,
well, I was instantly beguiled.
From up his sleeve – or so it seemed –
the rainbow-serpent scarves, in streams
would fight with rabbits,
vie with doves,
all symbols of my wizards love.

My love changed ceiling into sky
and every night, wild geese flew by
and with a wink and wave of wand,
my bathroom turned into a pond.
He conjured goldfish-flowing taps,
and lizards – former shower-caps –
sang songs of life
of love, of art,
reflections from my wizard’s heart.

Though his spells were entertaining,
I soon felt my enchantment waning,
even when, with eerie mutters
dust transformed to diamond clusters;
but diamond pythons aren’t the thing
to give girls as engagement rings
and snakes worn
as accessories
are seen these days as ‘un-PC’.

Plagued by this mesmerising pest,
and with the neighbours so distressed
I wondered how to break his spell –
would my magician take it well?
While black sheep in the lounge-room grazed
and lizards by the pond just lazed,
I ran some gold fish
in the bath
and psyched up for the aftermath

I broke it gently, like one should,
and then I asked him if he could
remove the rabbits, doves, and flowers,
shut my ceiling from the showers.
I kept a scarf for mem’ries sake,
but gave him back the diamond snake.
It’s really not
an easy thing
to date someone in conjuring.
c. Nik
Posted by Nik at 02:37
Labels: #amwriting, creative arts - art/ books/ music/ poetry, poems of the heart