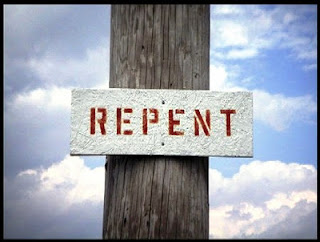 Mark 1: 14-20
Now after John was arrested, Jesus came to Galilee, proclaiming the good news of God, and saying, “The time is fulfilled, and the kingdom of God has come near; repent, and believe in the good news.” As Jesus passed along the Sea of Galilee, he saw Simon and his brother Andrew casting a net into the sea—for they were fishermen. And Jesus said to them, “Follow me and I will make you fish for people.” And immediately they left their nets and followed him. As he went a little farther, he saw James son of Zebedee and his brother John, who were in their boat mending the nets. Immediately he called them; and they left their father Zebedee in the boat with the hired men, and followed him.


This coming Sunday, the lectionary cycle picks up the Gospel of Mark once again, having had a brief foray into John.  Here we find that having been baptised, Jesus journeys to Galilee...

The kiddies song 'I will make you fishers of men' is for me, often the accompanying mental sound-track to this reading; this unusual invitation tending, as it does, to often be the focus or 'stand out' verse for the potential preacher.  However, that is not what caught my eye this time as I read these very familiar words.  Instead, in the business of picking up the narrative from the preceding week, it was the initial set of statements that Jesus was making which made me pause momentarily.
Good news.
Fulfilment.
God has come near.
Repent, and believe in the good news.

This latter statement set off a wee train of probably lateral tangent thinking, as well as bringing to mind the 'dream' speech of civil rights activist Martin Luther King - whose remembrance day it is today.

Good news that is life-giving, life-enhancing...
news that enables abundance;
news which shines light into the dark fear-filled places and sees possibility and potential and hope;
news which gives us the ability to shake off the chains that keep us clinging to past hurts, and which propels us forward...
equips us with a capacity and a courage to take up that most unusual of invitations...
to fish for people.
Which is... to share the good news about not believing the 'negative press', but to believe the good news:
to believe that the kindom of God has indeed come near...
that kindom - God's gathered community - which works together;
where hope triumphs over despair;
where the captives are freed;
where wounds are healed;
where the broken-hearted are gently tended;
where the vulnerable are championed and where power is used wisely and well;
where people are not judged by the colour of their skin, their orientation or gender, or by the material wealth that they possess...
but where, to borrow from Martin Luther King, they are judged by the content of their character.

Repent, and believe in the good news.
The good news that we are beautifully and wonderfully made in God's image, and that each one of us in our small corner can and will make a difference as, in that perseverance of the saints if you like, we continue in the ongoing journey of turning from believing the bad news and incline instead, towards the good news.

Idealistic dreamer?
Yes.
And the ideals move us from the realms of contemplation towards action:
to be a dreamer of dreams is to actively take up the invitation to follow to one who proclaims good news, and so in turn, we become bringers of the good news, in our homes, in our streets, in our local communities....
To be a dreamer of dreams is to imaginatively and actively engage with one another, and with institutions...
from taking the time to check in on our elderly neighbour, to occupying Wall Street and challenging systems that have the potential to bring out the worst, not the best, in people.
It is to have the courage to shrug off the temptation to use any available ways and means open to us that puts us first, and tramples others under the weight of our own agendas.
But it is also to know that this does not equate with being a doormat...the cleansing of the temple was not exactly the act of a doormat.
Referencing a previous post, what indeed would Jesus do... and how would he do it?
How then, does that inform how we live and act?


Idealistic dreamer?
Yes.
Because that is what we are called to be and do:
to dream dreams and have visions - of what can be,
to turn away from the soul-destroying paralysis that belief in the bad news brings,
to share the good life-giving news with others.

We are called to follow the great dreamer and activist, Jesus, who turned social conventions on their heads, upset institutions,
who emphasised again and again how much people mattered...
and that institutions are there to serve people, and not the other way around.
As we dream our dreams and have our visions, we also live and act in the belief that the kindom of God is indeed nearer than we even think.
An inaugurated eschatology... which is not to be equated with a 'do nothing now and wait for pie in the sky when you die', or a 'we're all doomed' attitude.
Posted by Nik at 13:54
Labels: bible GOSPELS, jesus, lectionary leanings, peace justice and politics, prayer/spirituality/journey

"Believe the good news" was exactly the phrase which stuck out for me too! (So, is that great minds thinking alike...?).

The calling of the fishermen is so familiar it's easy to just see that, but forget about the good news for all and the kingdom of God being near, for all. For all, now that's pretty good news IMHO.