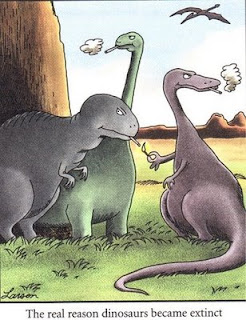 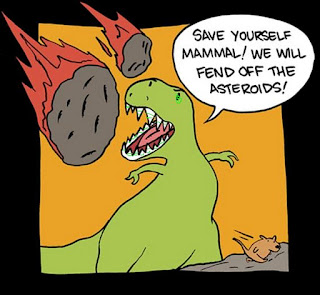 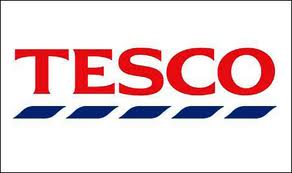 I think it might have something to do with married gay dinosaurs choosing to do their grocery shopping at Tesco...

Maybe I'm just a little confused by the latest bizarreness emanating from Christian Voice [because there can only be one voice... and it apparently belongs to these particular folk].

Examining - and I use the term loosely - the reason for the fall in sales over the Christmas season, Christian Voice note:
Analysts are blaming Tesco’s ‘Big Price Drop’ idea for the store’s failure, which has led to them issuing a profit’s warning.   Natalie Berg, of consultant Planet Retail, said: “Tesco has taken its eye off the ball.  It has focused too much just on the price of food.  We now all expect high-quality food and everyone is claiming to be the cheapest – consumers are much more wary.”
However, it could fairly be said that Tesco took its eye off the ball even more when it bowed to pressure from its homosexual staff and associated itself with the ‘Gay Pride’ brand, with all its anti-Christian aggression, indecency, immorality and separatism.

Yes, because the latter is utterly more reasonable and rational than the former...

I know. I know.
Sarcasm is the lowest form of wit.
I have let myself down with this post....
I have just never really got the idea that when scripture states 'Love the Lord your God with all your heart, your soul, your mind' that I'm supposed to omit the 'mind' part...[Deut. 6:5; Matt. 22: 37; Mk. 12:30; Lk. 10:27], whilst ensuring that I remember to make a top priority of praying against grocery stores which is apparently Very Important in the greater scheme of the world.
Posted by Nik at 18:31
Labels: ALL are welcome, peace justice and politics

I know the REAL explanation http://loveswork.wordpress.com/2012/01/10/theology-and-dinosaurs-thinking-about-creation-and-mass-extinction/